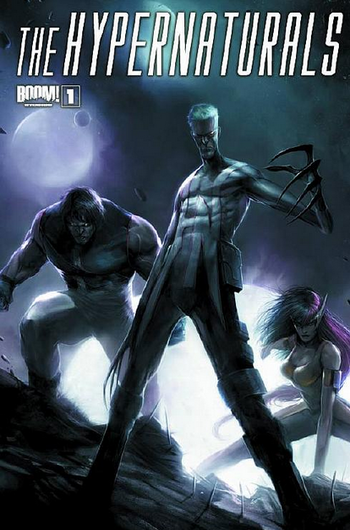 The Hypernaturals is a comic book published by Boom! Studios and created by Dan Abnett and Andy Lanning. It takes place in a far distant future, when humanity has colonized most of the known universe. Human space has been governed by the Quantinuum AI ever since it hit The Singularity one hundred year earlier, and has been faring well — but not everybody is convinced that humans should be governed by machines.

The superheroes known as the Hyperaturals are the main defenders of human space, but when the team vanishes near 28 Kosov, a reserve group of retired members and newbies on their first mission goes looking for answers — and uncovers long-hidden truths about human history of the past 100 years.