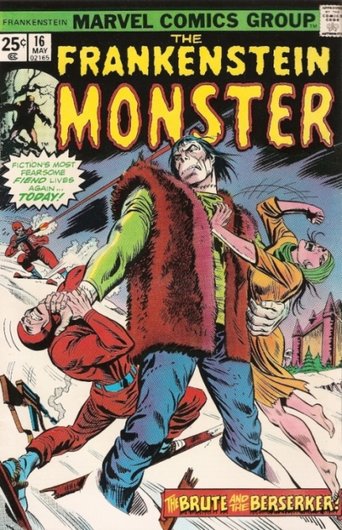 The Frankenstein Monster note (which was originally titled The Monster of Frankenstein for the first five issues) was a Marvel comic which followed the exploits of Frankenstein's Monster, from his creation in mid 1800s to his reappearance in The '70s. Unsurprisingly, there are many monsters to be battled along the way.

The Monster also made several appearences in creature-centric Anthology Comic Monsters Unleashed, which showcased his further adventures after his revival in the seventies.

The Frankenstein Monster provides examples of: