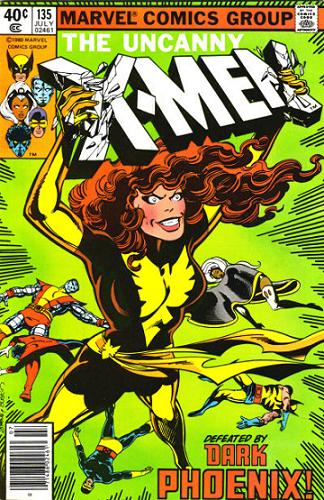 A 1980 X-Men story by Chris Claremont and John Byrne, taking place from X-Men #129 to #137, and one of Marvel Comics' most iconic storylines.

Since its original publication, this story has been adapted in two films of the X-Men film series: 2006's The Last Stand, and 2019's Dark Phoenix. While the former only incorporated part of the Saga into its plot, the latter used a bit more elements from it while being more grounded than the comics' epic scale. To mark the release of the 2019 movie, the story was also adapted as a full-length novel by writer Stuart Moore in May 2019.