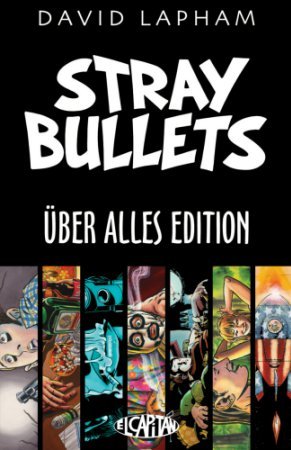 An award-winning crime drama comic book series by David Lapham and published on El Capitan Books, his own company. Forty issues were published irregularly between 1995 and 2005 before going on a long, seemingly indefinite hiatus. The series resumed publication under Image Comics in March 2014.

Featuring a nonlinear narrative and a rotating cast of Loads and Loads of Characters, the series jumps between Film Noir, ensemble drama, and a loose drawn out Coming of Age story. Each chapter feels self contained, with a beginning, middle, and end, yet it also fits into a larger tapestry. A chapter would either advance a major Story Arc, or focus solely on a minor character. While nearly all characters appear in only a few of the issues, there are a few mainstays, including: