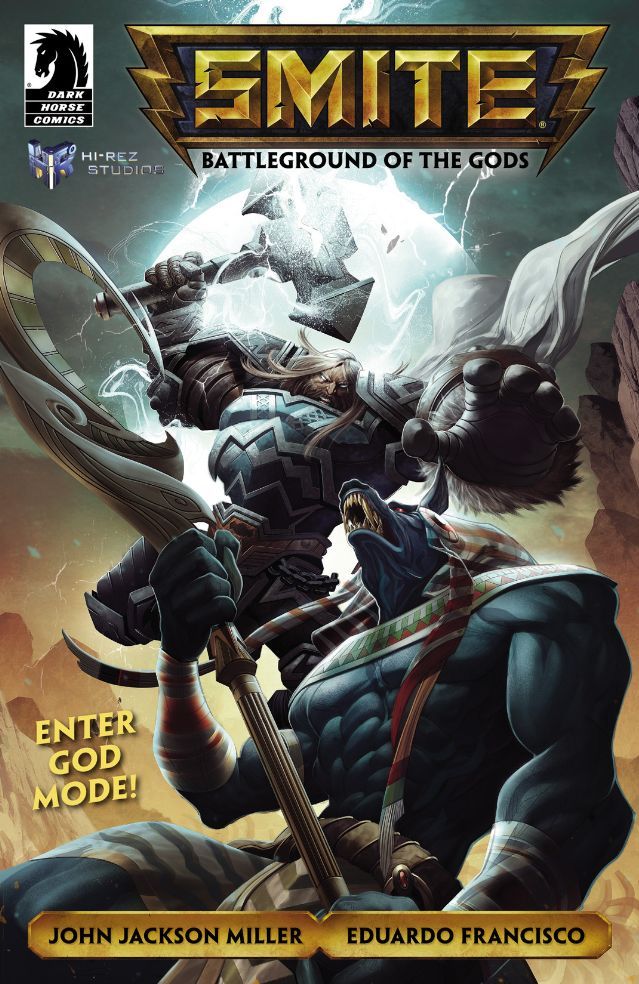 Spin your tale sage. This should be amusing.

Serves as a introduction and backstory for the game Smite. It is written by John Jackson Miller and published by Dark Horse Comics. Events of this comic became the basis for the game's Odyssey 2018, as well as the card game Hand of the Gods.