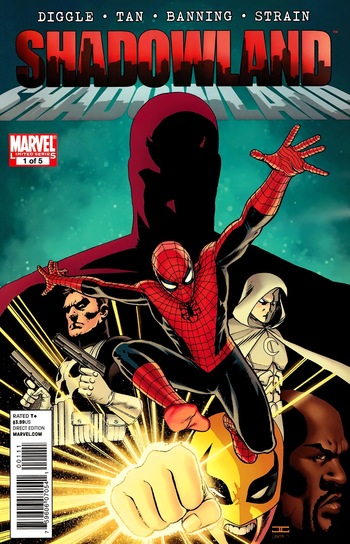 Shadowland is a Marvel Comics crossover published in 2010.

Set after the events of Siege, Shadowland follows Daredevil and his life after his Face–Heel Turn.

The series is divided into a five-part miniseries, a three-part Moon Knight mini, a four-part mini about a new Powerman and a few one-shots following Bullseye, Elektra, Ghost Rider and Spider-Man, plus tie-ins to other titles, including Thunderbolts.