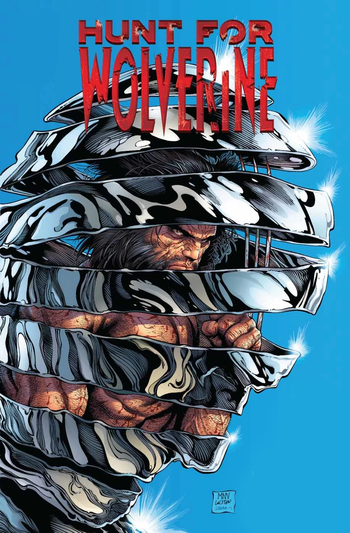 Hunt for Wolverine is a 2018 crisis crossover event published by Marvel Comics, headed by Charles Soule.

Nearly four years after his death, Hunt for Wolverine follows various characters in the Marvel Universe as they search for their friend after they learn he's been (mysteriously) resurrected, specifically in a one-shot of the same name.

Because this is a Wolverine-adjacent storyline, however, Hunt for Wolverine is spread over a variety of different titles, most of them told within a different genre:

These titles culminate in the Dead Ends one-shot, which involves each of those factions corroborating stories about where Wolverine may be found — and if they even want to find him. This event leads directly into the Return of Wolverine limited series, also written by Soule. 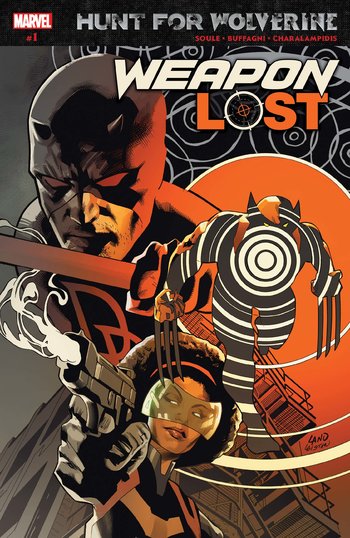 Specific to Claws of a Killer 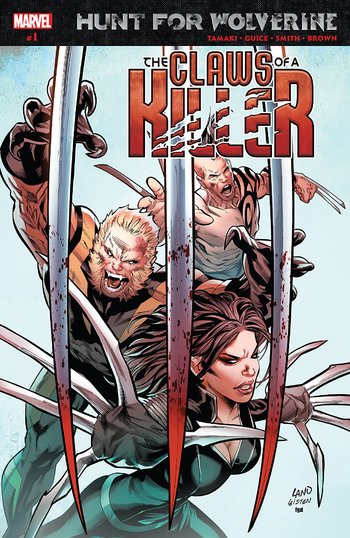 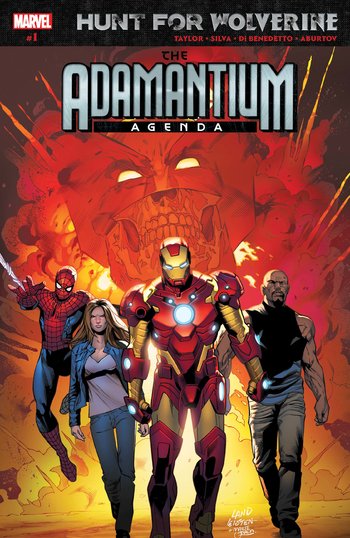 Specific to Mystery in Madripoor

Mystery in Madripoor contains examples of: 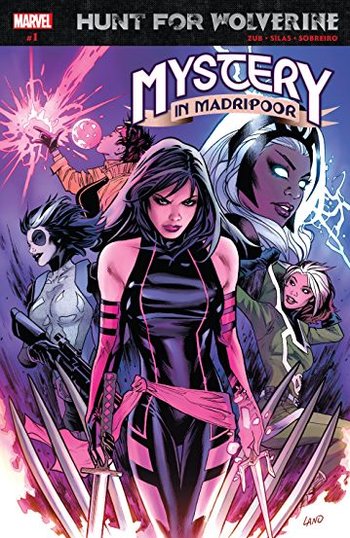