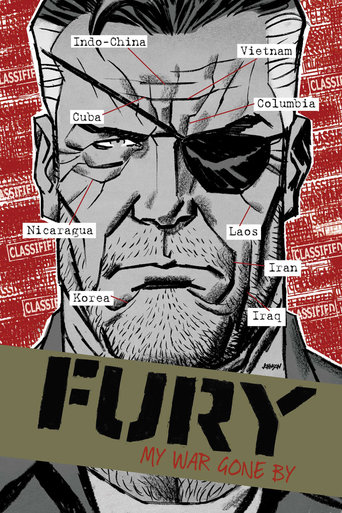 It ain't the years. It's the wars.
My name is Nick Fury. I've had a bullet in my head since nineteen forty-four. I can't seem to die, don't even age much. I fight and fuck like a goddamn demon. I lick up war like it was sugar. These are the things I have done for my country...
Advertisement:

The second Nick Fury comic series released on the Marvel Comics' MAX imprint, which ran for thirteen issues between 2012 and 2013. Just like Fury (MAX), which preceded it by over a decade (the two seem to be linked through references in Fury: Peacemaker), this was written by Garth Ennis.

An old Nick Fury sits in a dark hotel room in his usual mood, drunk, bitter, and with prostitutes in bed. Beside him is a recorder, to which he tells about his work in the CIA and their involvement in First Indochina War, Bay of Pigs Invasion, The Vietnam War and the Contra War in Nicaragua.