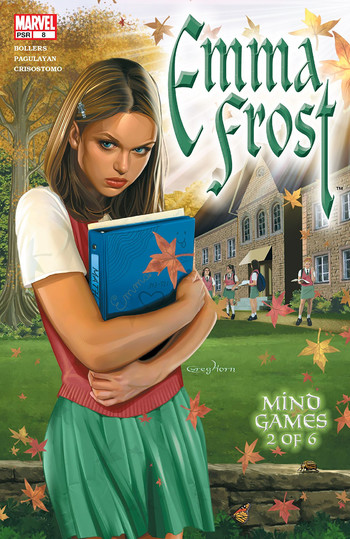 A 2003 miniseries starring Emma Frost of X-Men fame. Written by Karl Bollers, the series lasted 18 issues. The first issue was released in August 2003 and the last was released in February 2005.

The series explores Emma's Backstory from before she became the infamous White Queen of the Hellfire Club and then a member of the X-Men. It starts with her as a teenage student at the Snow Valley School for Girls where she discovers her mutant powers of Telepathy and concludes with her life as she attends Empire State University in New York.

Tropes used in or associated with Emma Frost (2003):