Comic Book / Billy Batson and the Magic of Shazam 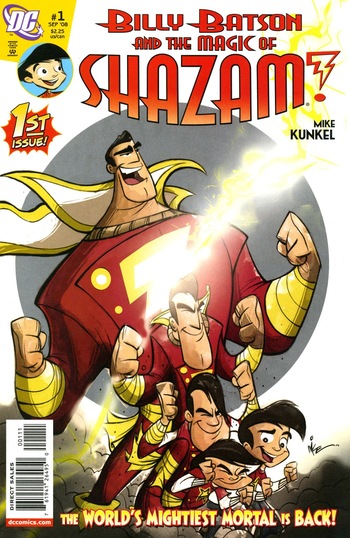 An all-ages comic series based DC Comic's Shazam! franchise, and a Broad Strokes Sequel Series to Shazam: the Monster Society of Evil. Part of DC Comics' Johnny DC imprint, it ran for 21 issues from from 2008-2010.

It stars Billy Batson, a ten-year-old boy who can turn into the adult superhero Captain Marvel by saying the magic word "Shazam!," which is also the name of the wizard who gave him his powers. Billy is an orphan who also has to take care of his younger sister, Mary, who can transform into the still-childlike sidekick Mary Marvel. More Marvel Family characters and villains appear as the story goes on.