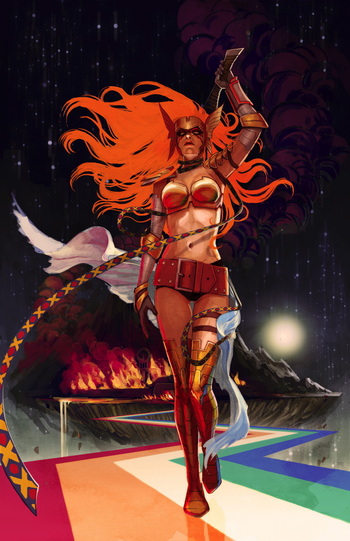 "I am an angel from the heavens and will not be disrespected."
— Angela, Age of Ultron #10