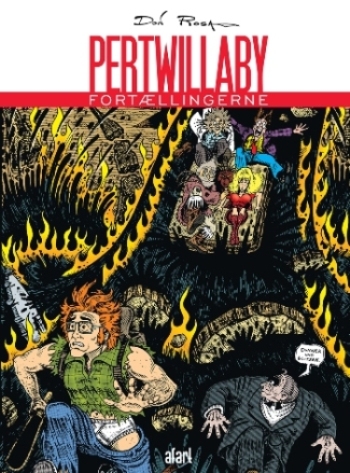 In 1971, fifteen years before he started his career in Disney Comics, and while he was still studying engineering at the University of Kentucky, Don Rosa created this comic.
Advertisement:

First published in the campus newspaper, The Pertwillaby Papers follows Lancelot "Lance" Pertwillaby, a gifted but rather dense aspiring scientist and adventurer, who goes on expeditions around the world with various eccentric professors and his rather airheaded girlfriend, Feather Fluffnuthin, always closely followed by his two sworn enemies, Schuyler Roatch III, Rich Bastard extraordinaire, and Professor Viktor Dimitrius Smyte, who is definitely not a former Nazi scientist and high-ranking SS officer in hiding, who are hoping to cause "an unfortunate accident" for our hero.

Don Rosa would later reuse quite a few of the series' story elements for his Duck Comics.