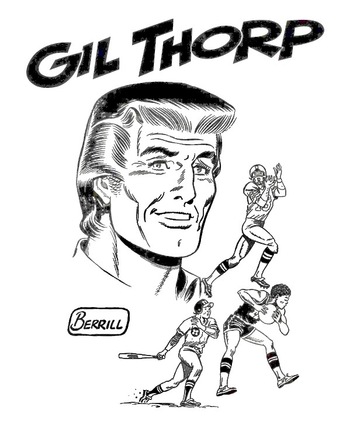 Gil Thorp is a long-running (1958– ) sports-oriented newspaper comic strip, originally created by Jack Berrill and more recently written by Neal Rubin and illustrated by Rod Whigham. The strip details the everyday life of Gil Thorp, the athletic director at Milford High School. Besides the expected sports stories, the strip has been known to delve into sensitive topics like teen pregnancy, steroid use, and drugs.

This comic strip contains examples of: