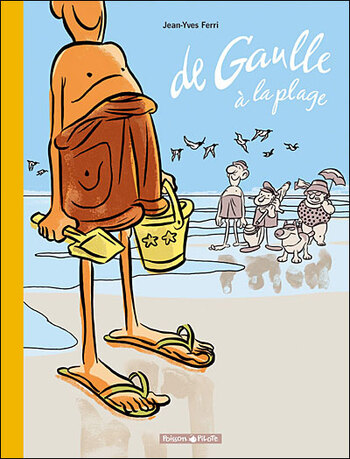 De Gaulle at the Beach (French: De Gaulle à la plage) is a 2007 humoristic French comic strip album written and drawn by Jean-Yves Ferri (who would reprise Asterix in 2013).

In 1956, Charles de Gaulle, the leader of the Free French Government in Exile during World War II, unsuccessfully tried his luck in politics. Faced with the ungratefulness of French people and their government, he takes a vacation on a beach resort in Brittany with his assistant Lebornec. Hilarity Ensues.

It received an Animated Adaptation in 2020 on the TV channel Arte.