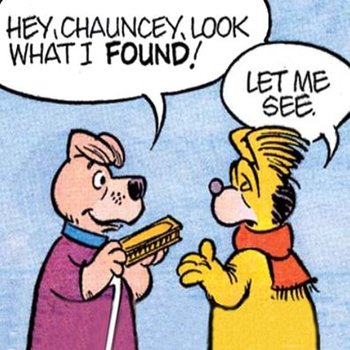 Chubb and Chauncey was a comic strip by Vance Rodewalt that ran between 1988 and 1998. It detailed the lives of snooty Yorkshire terrier Chauncey and schluppy mongrel Chubb, as well as their long-suffering owner Abby, her fearsome mother and various other residents, human and animal, of the neighbourhood.