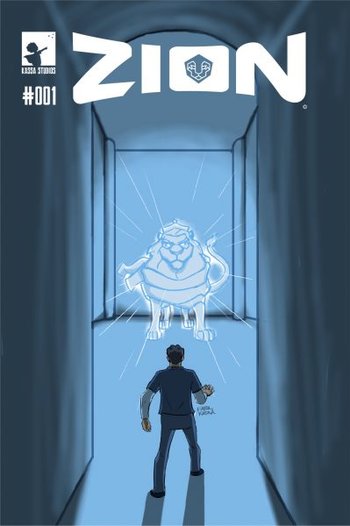 Zion is a 5-Part Comic Book by Fassil Kassa.

The story follows Desta, a college dropout who fell out with his parents when they didn't approve of his desire to be an artist. Now he works in a small grocery store.

This is pretty much Desta's life until he discovers a family heirloom one day called The Zion Crystal, which he discovers has ties to ancient Ethiopia. However, when he activates the crystal, Desta attracts the attention of an ancient being who's been searching for the Zion Crystal for a very long time.