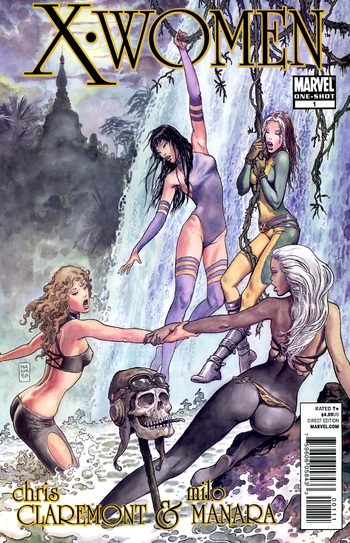 The team is having a vacation and enjoying themselves in Greece, until Rachel is kidnapped and taken to Madripoor. The other girls follow her to rescue her (and Emma Frost, who was also captured), and lost their powers in the process. The villain intended to tap into their combined psychic power to control the populations of India and China and make them start a war, and then earn millions by selling weapons. They manage to free them anyway, and leave her to the local authorities.