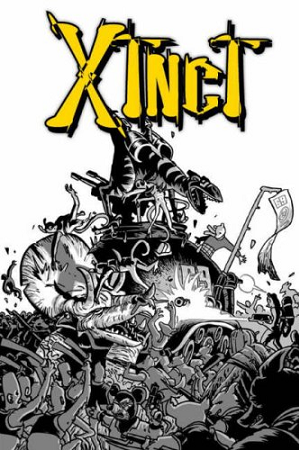 XTNCT is a 2000 AD comic by Paul Cornell and D'Israeli.

In the far future, only two hundred humans are still alive on planet Earth, using genetically engineered animals to fight their wars for them. When a group of dinosaurs are slated for termination after failing a mission, they turn against their masters to wipe out the human race.