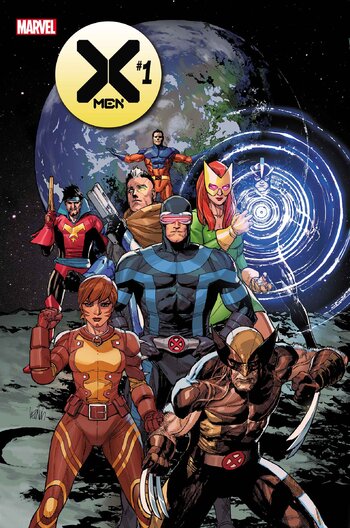 X-Men (2019) is a Marvel Comics series written by Jonathan Hickman. It is a part of Marvel's Dawn of X initiative and begins immediately after the two linked series that relaunched the X-Books, House of X and Powers of X.

Following the events of those series, Mutantkind has formed a new nation, the island of Krakoa, which they can call home. But forming a fully functioning society involves many trials and tribulations, especially with so many differing ideals.