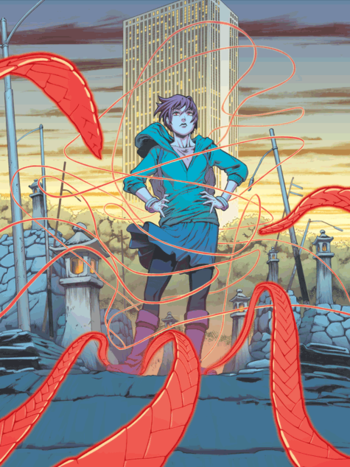 Wayward is a 30-issue comicbook series written by Jim Zub, drawn by Steve Cummings and published by Image Comics. Also possibly the closest thing you can read to Japanese schoolchildren fight monsters outside of manga. The main protagonist is Rori Lane, a troubled teenager from mixed background who is just moved from her dad in Ireland to her mom in Japan... and things get weird from there.