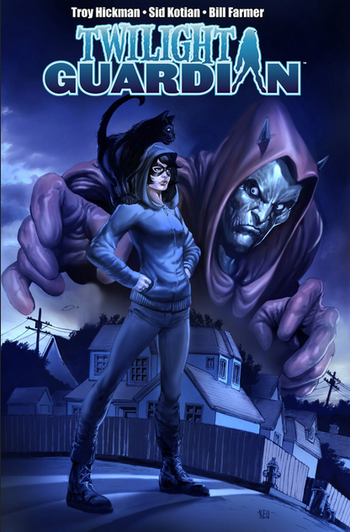 In an unnamed suburb somewhere in the midwest, one lone woman spends her nights patrolling her nine-block neighborhood, protecting her neighbors from crime. Usually, it's a quiet patrol, but lately, people just outside her patrol have disappeared, including her ex-boyfriend John, and she has sensed someone watching her. Could it just be coincidences, or is it her mysterious arch-nemesis, the Dusk Devil?