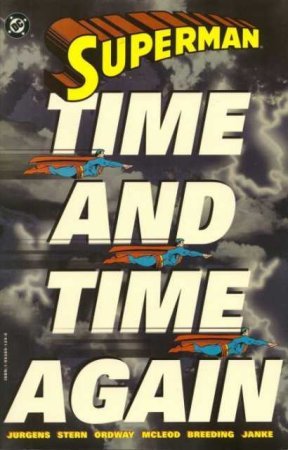 In the story, a mysterious time traveler known as the Linear Man shows up in present-day Metropolis (circa 1991) to bring Booster Gold back to his own proper time period. In the middle of a fight between Linear Man and Booster Gold, Superman intervenes, but in the process he accidentally activates the Linear Man's time-traveling device, causing a hole in space-time to open that sucks Superman in and transports him to the 30th century where he meets with the first three members of the Legion of Super-Heroes. However, an explosion knocks him back in time to World War II, then another puts him back in the 30th century, then another sends him back to the Earth's prehistoric age, and so on.

The collected edition paperback includes two more stories following this one — "Time And Time Again Again" and "Time Ryders" — both with Superman and Waverider from Armageddon 2001 encountering a group called the Linear Men, which the Linear Man had belonged to.