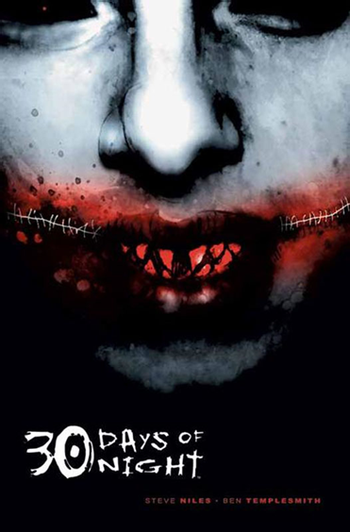 30 Days of Night is a three-issue comic book miniseries written by Steve Niles, illustrated by Ben Templesmith, and published by IDW Publishing in 2002.

Welcome to Barrow, Alaska. This small, secluded town is located so far north that in the winter there is a span of thirty days when the sun does not rise above the horizon. Usually this is only a minor inconvenience to the residents, but this year, the dead of winter will become a terrifying fight for survival.

This year, the vampires are coming to take advantage of the prolonged darkness.

This Is Gonna Suck.

List of comics in the 30 Days of Night series: