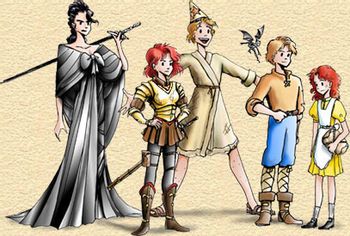 is an all-ages comic book series by Mark Oakley, with six volumes published and more to come. Not much is available online, though there are sample

T&K is a Fantasy story, with a Fairy Tale feel, but surprising depth. The story format shifts back and forth from text with drawn background to pure comics, depending on which format suits the moment.