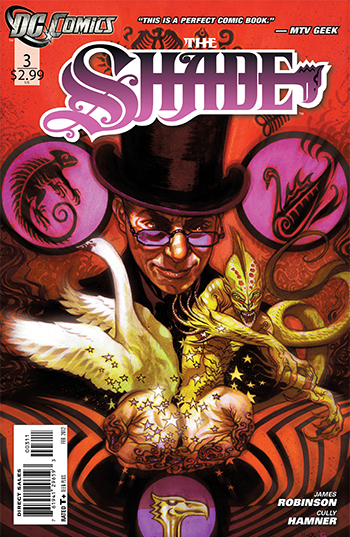 "I've killed many myself. Many, indeed. But there's no excuse for beastliness. None whatsoever."
— Shade, Starman (DC Comics) Vol 2, 14
Advertisement:

The Shade appears in:

The Shade provides examples of: