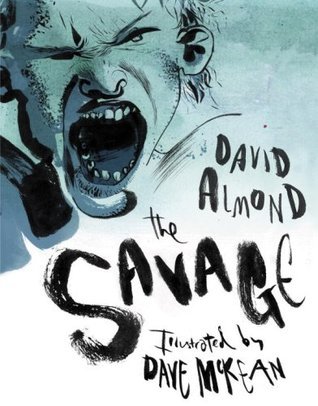 He was savage. He was truly wild.
Advertisement:

The Savage is a piece of Young Adult graphic novel written by David Almond and illustrated by Dave McKean. It's a story about a boy named Blue, who in an effort to cope with his father's death starts to write and draw a story about a boy in the woods, simply known as the savage. Unknown to him the savage is real. It was first published in 2008.