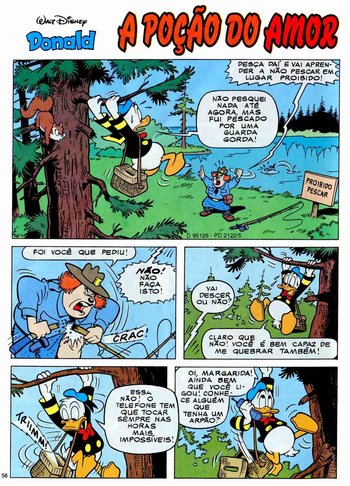 The Sanctuary Tree is a Disney Ducks Comic Universe story, made by Charlie Martin (writer), Paul Halas (argument) and Ignasi Calvet Estéban (artist) and published in 1996.

After an incident involving fishing in a forbidden lake and a very angry female guard, Donald is late for a date with Daisy, who ends the relationship. Donald gets a love potion and decides to use it to win back Daisy...

... but Donald is unlucky enough to meet the guard again just as he is about to use the potion on Daisy.

Tropes used in The Sanctuary Tree: