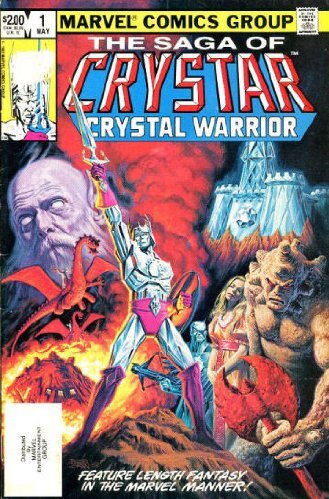 A short-lived fantasy comic from Marvel Comics. It had its own accompanying action figure line from Remco.

The planet Crystallium is only now recovering from a long war against the forces of the demon lord Chaos, when word reaches the twin princes Crystar and Moltar that Chaos is even now preparing to renew its war against them. The brothers quarrel and soon find themselves on opposite sides of the conflict, each transformed into a living champion of crystalline Order or molten Chaos.