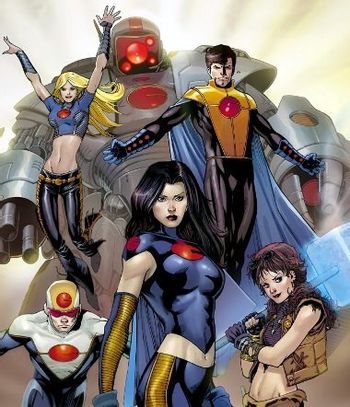 The Order was a Marvel comic-book miniseries written by Matt Fraction and drawn by Barry Kitson, featuring California's post-Civil War team, called, well, the Order, and their struggles to deal with a superpowered all-girl vigilante gang, a Cold War sleeper cell, and a conspiracy to undermine the Initiative, among other things.