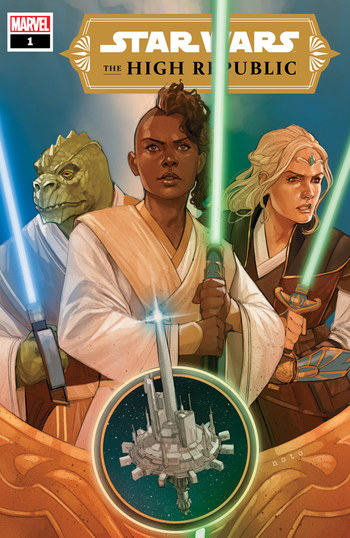 Star Wars: The High Republic is a 2021 comic series based on the Star Wars multimedia project of the same name.
Advertisement:

The comic follows the adventures of Keeve Trennis, a recently minted Jedi Knight, after the events of the Great Disaster.