Comic Book / The Gigantic Beard That Was Evil 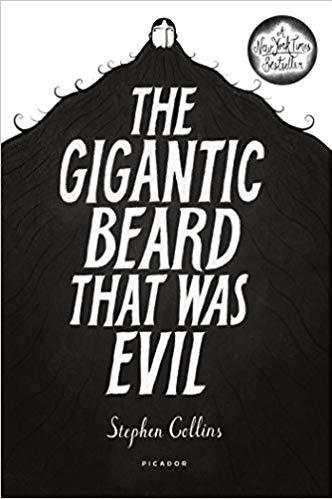 "Beneath the skin of everything is something nobody can know. The job of the skin is to keep it all in and never let anything show."

"On the island of Here, livin's easy. Conduct is orderly. Lawns are neat. Citizens are clean shaven - and Dave is the most fastidious of them all. Dave is bald, but for a single hair. He loves drawing, his desk job, and the Bangles. But on one fateful day, his life is upended...by an unstoppable (yet pretty impressive) beard."

This graphic novel contains examples of: