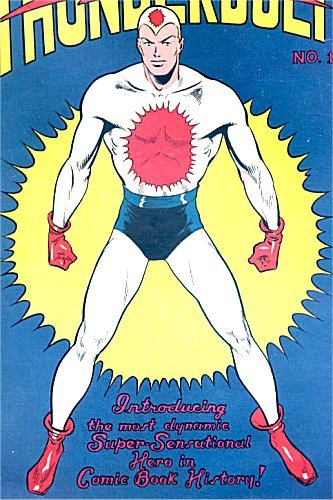 Professor Josiah Rhonne is trying to alleviate the threat of nuclear Armageddon after World War II, and has decided making humanity a race of atomic superman is the best way to do so. However, his testing will inevitably kill many subjects. Attempting to find a selling subject, Rhonne stumbles upon Willy Burns, a homeless veteran with severe PTSD who agrees to die for humanity.

Ironically, the experiment destroys the castle and kills Rhonne, but leaves Willy alive and empowered with atomic energy. He decides to become the Thunderbolt, and save humanity.

In his only recorded adventure, the Thunderbolt battles some smugglers who tried to steal Rhonne's secrets.