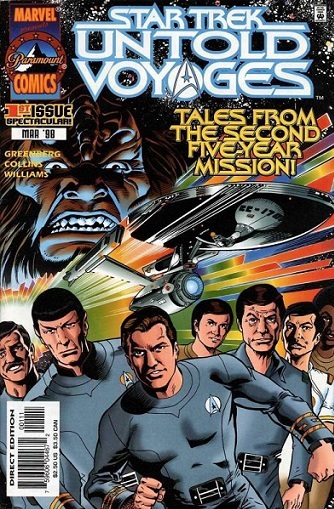 Star Trek: Untold Voyages was a five issue comic book miniseries published by Marvel Comics in 1998. It was written by Glenn Greenberg.
Advertisement:

The miniseries is an Interquel which takes place between the events of Star Trek: The Motion Picture and Star Trek II: The Wrath of Khan. It depicted the second five-year mission of the U.S.S. Enterprise (NCC-1701) under the command of Admiral James T. Kirk from 2273 to 2278. Each issue is set approximately one year after the previous one.