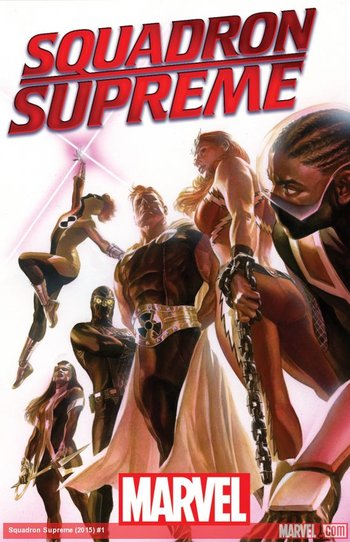 Protecting the Marvel Universe by any means necessary!

Squadron Supreme was an Avengers team book published by Marvel Comics, launched as part of the All-New, All-Different Marvel relaunch in December 2015, following the massive Secret Wars event earlier that year. It is written by James Robinson, with art by Robert Kirk. It ran for 15 issues ending in January 2017.

After the planetary incursions destroyed their worlds, five heroes have come together to protect their new home, no matter the cost: Hyperion, Nighthawk, Thundra, Doctor Spectrum, and the Blur. And god help anyone who stands in their way.