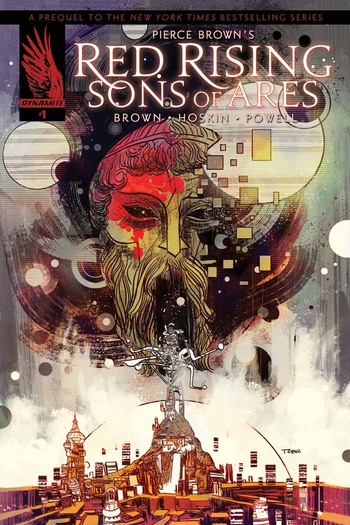 Sons of Ares is an ongoing series from Dynamite Comics by Pierce Brown. The series serves as a prequel to his Red Rising novel series, focusing on the origins of the rebel group known as the Sons of Ares.

The series is told from the point of view of Fitchner au Barca, the Gold who will eventually become the rebel warlord Ares, and focuses on the events that lead him down that path.

For tropes applying specifically to the original trilogy, see here.

Because this is a prequel, all spoilers for the original series remain unmarked.