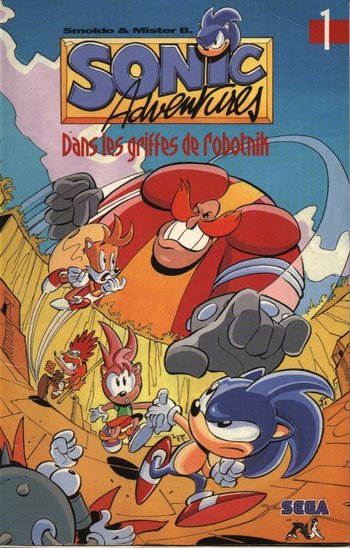 The first issueTranslation "In the Claws of Robotnik"
Advertisement:

Sonic Adventures was a French Sonic the Hedgehog comic book series that was published by Sirene and lasted 2 issues in late 1994.

It is noticeable for being the first Sonic media to depict Angel Island's ancient echidna civilization.note While the games had already mentioned it in the past, they didn't show it until Sonic Adventure (besides Knuckles)

Not to be confused with Adventures of Sonic the Hedgehog and Sonic Adventure.