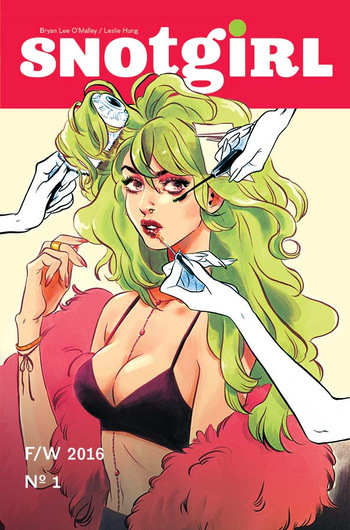 Snotgirl is a 2016 comic book published by Image Comics, written by Bryan Lee O'Malley with art by Leslie Hung.

Lottie's neuroses about herself are exacerbated when she meets Caroline (nicknamed "Coolgirl"), with whom she desperately wishes to be friends.

Snotgirl is notable for being O'Malley's first written work not also drawn by himself, as well as being his first monthly series.