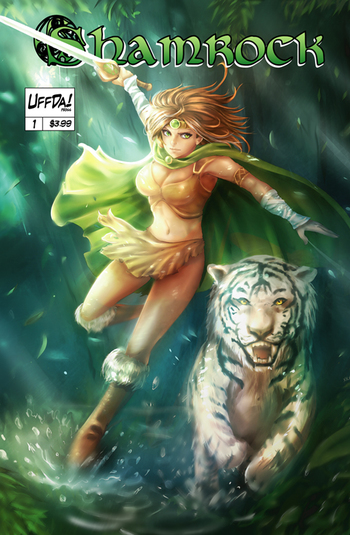 Shamrock is a fantasy/adventure comic created and written by Josh Brown and illustrated by Alberto Hernandez. It has appeared regularly in the bi-monthly genre magazine Fantasy Scroll since Issue #5 February 2015. The comic is serialized six pages at a time.

The story follows a young warrior named Shamrock, who has recently discovered she is Erin O'Shea, the true heir to the kingdom of Kerlow. Along with her tiger companion, Ruarc, she sets forth on a mission to oppose the evil King Lorcan and his army of hideous varlacs.

There is also a spin-off webcomic featured on Tapastic