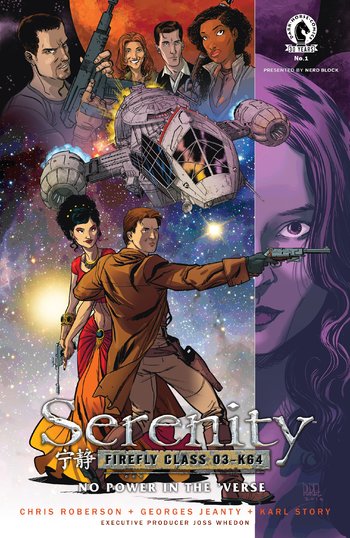 Firefly is widely considered to be one of the greatest TV shows ever cancelled. And then it was continued as a movie. Now, Serenity was not cancelled, but being a movie, it only lasted about 119 minutes.

As it happens, comic books are considerably cheaper to produce, so in the tradition of many other shows, Firefly has received various comic book adaptations. A few of these were side stories that fleshed out what the heroes got up to in between the end of the show and the start of the movie, and a few more fleshed out the Back Story of various characters. Now, the show has received a proper Revival in the form of a new comic series, Leaves On The Wind (similarly to Buffy the Vampire Slayer and Angel which received similar comic book relaunches).

Like the movie, the comics are named "Serenity" because Fox still owns the rights to the name "Firefly." This changed when Boom! studios took over, and post-2018 comics use the Firefly name.

open/close all folders
Those Left Behind 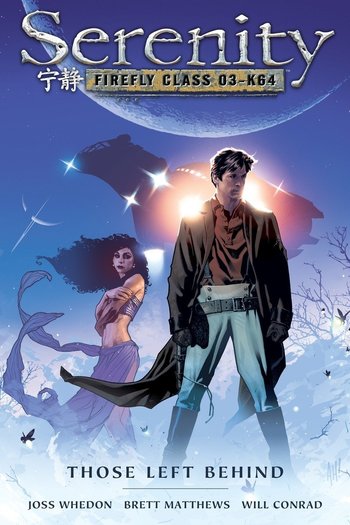 Launched in 2005 as a tie-in to Serenity. The crew is hired to recover lost treasure from the wreckage of a major space battle. This story ties off some loose ends from the series and introduces a few supporting characters for the movie. 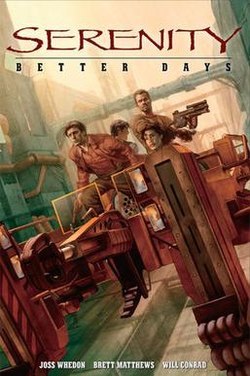 Taking place before Those Left Behind, this story sees the crew finally catching a break, and they all discuss how they plan to spend their newfound fortunes, assuming it doesn't all blow up in their faces... 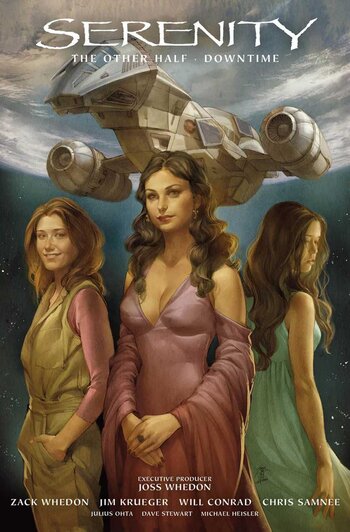 The crew is being chased by Reavers, trying to get their client safely back to the ship so they can receive the other half of their fee (the client paid half up front.) 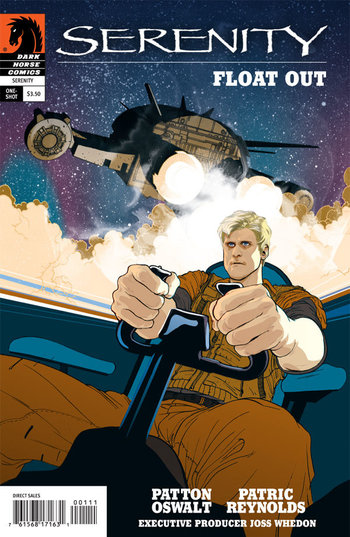 A group of strangers meet up to hold a memorial for Wash. None of them know each other, but all have worked with him in the past and share stories about his exploits and the debts they owe him. 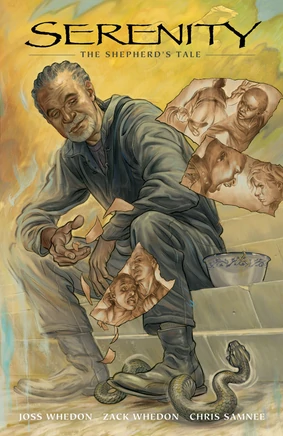 The Mysteries surrounding Shepherd Books past are finally revealed.

Downtime
It's Never Easy
Leaves on the Wind

Serenity: Leaves on the Wind.

The Warrior and the Wind 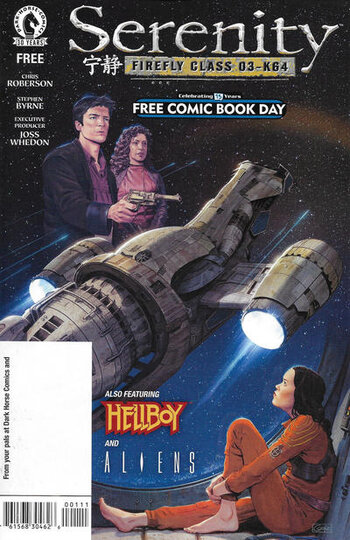 River entertains Zoe and Wash's infant daughter with a bedtime story as the remaining crew (sans Inara) go out on a mission.

No Power in the Verse

Tough times haven't ended for Mal Reynolds and his crew aboard the Serenity. When a call for help to find a missing friend takes them to an Alliance post on the Outer Rim, they encounter a new force building strength to fight the battle of the Browncoats—soon leading the crewmembers to question their individual values . . . Discovering that their friend is in Alliance custody and that an Alliance Operative is on the way, Mal concentrates his energy on the problem at hand and strikes an uneasy partnership for a daring rescue. But this is only the beginning of the story. Success will be when the Serenity's crew makes it off this planet alive and all accounted for . . .