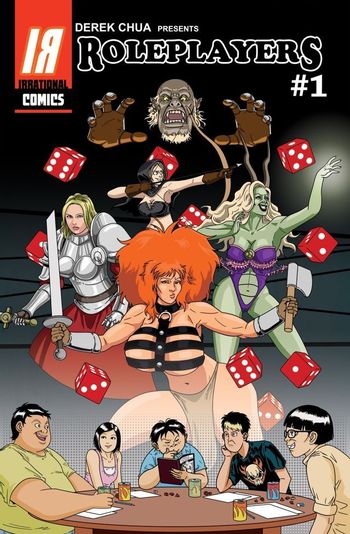 Roleplayers is a comic book series about a group of geeky college students who play a game called "Damsels in Dungeons". Then they get the shock of their lives when two female students join their club! Hilarity Ensues.

Produced by a Singapore company called Irrational Comics, it is written and drawn by Ernie Chua. The first two issues can be read for free at their website.[1]

Tropes featured In Roleplayers include: