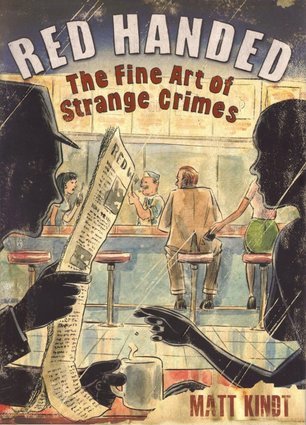 Red Handed: The Fine Art of Strange Crimes is a graphic novel written and drawn by Matt Kindt (Frankenstein: Agent of S.H.A.D.E.), published in 2013 by First Second.

Crime in the city of Red Wheel Barrow is rising. Yet no one in the city gets away with a crime. This is all due to the efforts of single-minded Detective Gould, his crack force, and his amazing gadgets.

Yet someone isn't happy with the way Gould works. A conspiracy takes form in order to shake Gould's confidence in the absolute difference between right and wrong.