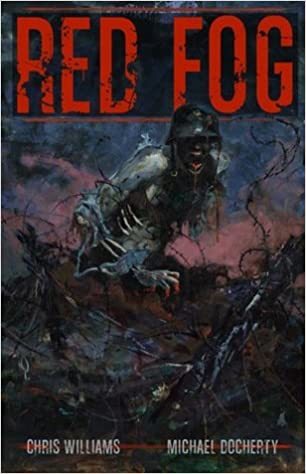 Red Fog is a Horror Comic Book by Chris Williams.

The year is 1951. The war is over, the Allies have won, and the Nazi Party is no more... or at least that's what they want you to think.

Secretly, a group of Nazis has come to Stalingrad to locate their defeated 6th army. Their intent is to raise the dead soldiers to make an army of zombies with which they will retake Europe. With these undead troops, the current Furher, Martin Bormann, goads the Allies into a ground war he knows they can't possibly win.