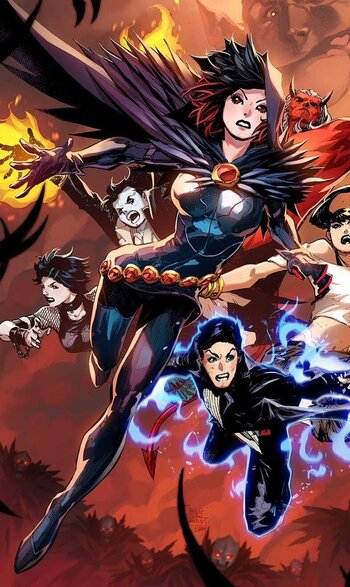 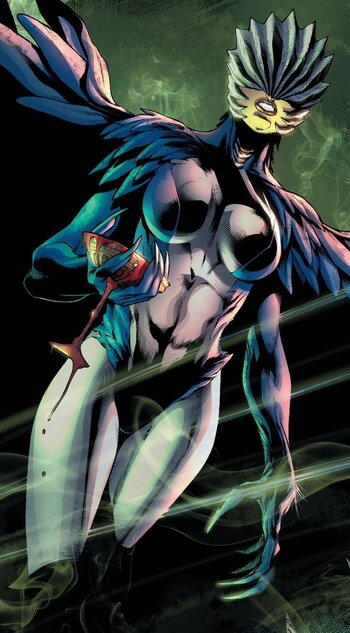 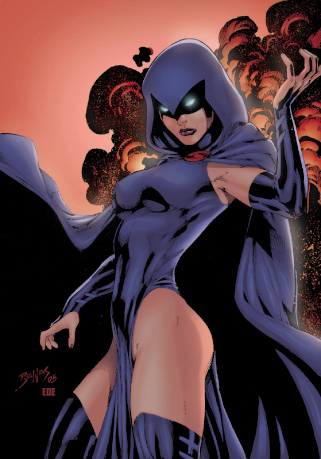 Raven is a DC Comics character, the daughter of Trigon the Terrible, the DC Comics equivalent of Satan. Because of her parentage, she frequently slides around on the hero-villain spectrum. She was created by writer Marv Wolfman and artist George Perez in Teen Titans, the comic and team which she is still most associated with. Raven has grown in popularity due to her dark nature, particularly thanks to her appearance in Teen Titans, where she is voiced by Tara Strong.

Raven finally admits that she's scared and decides to fight back against the monsters that she accidentally created.

Example of:
Face Your Fears

Raven finally admits that she's scared and decides to fight back against the monsters that she accidentally created.