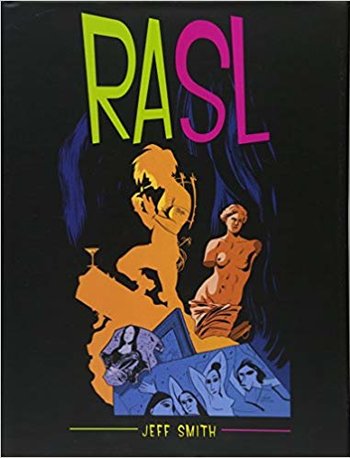 RASL is comic book creator Jeff Smith's follow-up to Bone. A science fiction series with noir elements, it follows RASL, AKA Robert, a former physicist who travels between parallel worlds as an art thief using stolen equipment. As the story goes on, we learn more about RASL's past research into parallel worlds - and the consequences of leaving the project.

The story is much darker than Bone. The artwork is stunning and the storytelling is tight. The series was collected into four 10" by 12" volumes, called the "Giant Artist Editions", and the first two volumes are also available in a single smaller book.