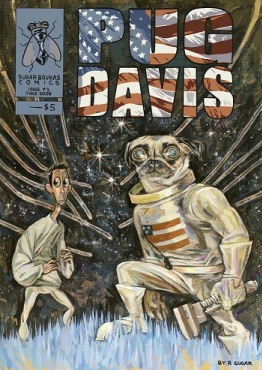 Pug Davis is a comic series by Rebecca Sugar (later famous for Adventure Time and Steven Universe) about a dog-headed astronaut named Pug Davis, along with his sidekick, Blouse.

It was reprinted in color in October 2019.