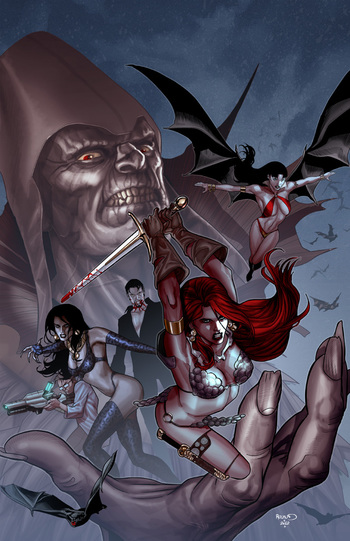 A seven-issue Crisis Crossover from Dynamite Comics, with the main story dealing with Red Sonja teaming-up with Vampirella, Ash of Army of Darkness, Pantha, Athena, Dracula (and his daughter Eva), and Herbert West–Reanimator to stop her Arch-Enemy Kulan Gath from ending the world in 2012, and a secondary story featuring Sherlock Holmes, Doctor Watson, and Allan Quatermain chasing Dorian Gray across London.