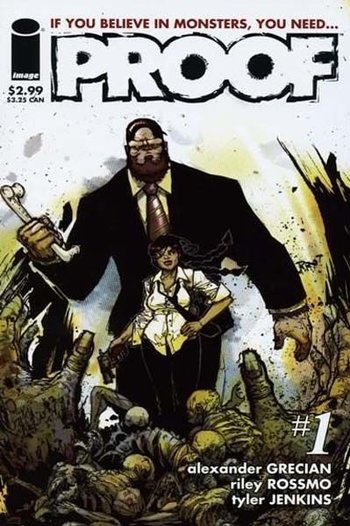 Proof is an American comic book series, published by Image Comics and created by writer Alex Grecian and artist Riley Rossmo. The story concerns John "Proof" Prufrock, a sasquatch whose past is a mystery to him, who works for a secret government organization dedicated to hunting down cryptids to conceal them from mainstream human society on a secret reservation known as "The Lodge".

The series ran for 33 issues, with the final five issues being printed as a separate 5-issue mini-series called Proof: Endangered.