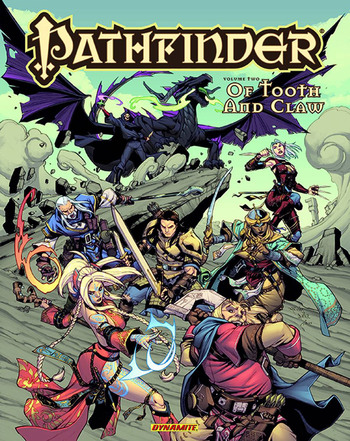 Set in the world of Golarion at the time of the early Pathfinder Adventure Paths, the comics revolve around an adventuring party made up of six members of the Pathfinder Iconics (the example characters from the Core Rulebook).

Their adventures often intersect with other Iconic characters as they battle monsters and investigate ancient sites in Varisia, beginning with goblin raids outside the small town of Sandpoint.

Paizo has also released adventure modules based on the comic storylines, and the omnibus editions include additional adventuring material to run.