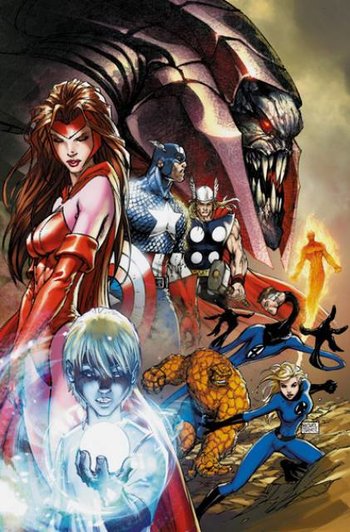 Franklin Richards, earth's mightiest heroes, and a villain with a severe dental problem

Onslaught Reborn is a limited series by Rob Liefeld, where Onslaught comes into existence once again. Trying to kill Franklin Richards, he pursues him into the Heroes Reborn reality, that Franklin had created.