Comic Book / Once Upon a Caper 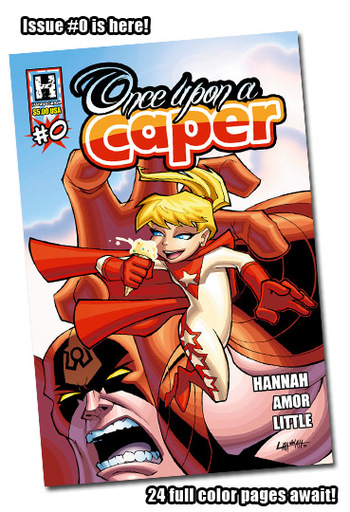 Once Upon a Caper (formerly Once Upon a Super Hero until legal disputes required a name change) is an independent comic book written by Rod Hannah and illustrated by John Amor and Paul Little. It follows Sovena Red, a Russian super-heroine approximately at the level of Superman, and how she deals with the fact that she's been 11 years old for a long time.

Issue #0 can be bought in paper and digital formats here

Once Upon a Caper provides examples of:

Alternative Title(s): Once Upon A Super Hero